JDTB: Just Do the Basics to Protect the EndPoint v 1.1

Over the past few years, as part of my current role, I have had the pleasure of engaging in security conversations with customers.  These discussions have ranged from protecting the identity to securing the endpoint and sensitive data in the enterprise.  What has been consistent in these conversations is that individuals and organizations are chasing the next shiny object to solve their security problem.

While the latest and greatest security technologies are amazing and should be explored to help protect a company’s assets, the reality is that most enterprises aren’t even doing the basics when it comes to endpoint security.

The quote above is good guidance that everyone in enterprise IT Operations and Security should be following.  In most cases, a few tools that are either free or already licensed by most enterprises can improve the security posture overnight once implemented.

So let’s take a look at the basics the enterprises should be leveraging in their environment.

Microsoft LAPS (Local Administrator Password Solution) is a free tool from Microsoft that randomizes the local administrator password on workstations which in turn makes it more difficult for attackers to move laterally using the same admin password.

Do Not Turn Off Windows Firewall….Yes, this is still occurring in 2019

Most IT professionals know that the Windows Firewall comes as part of the Windows OS yet some enterprises turn it off because they believe it is impacting applications in their environment.  Instead of turning it completely off take the time to tune it to your needs and help the workstation stay protected.  To better understand how the Windows Firewall works please take a look at Jessica Payne‘s session on “Demystifying the Windows Firewall“.

SMB (Server Message Block) is a remote file protocol commonly used by Microsoft Windows clients and servers that dates back to 1980’s and heavily used by enterprise applications in 90’s.  However, in the 25-30 years security attacks have become more commonplace such as man-in-the-middle attack which takes advantage of SMB1.  Most recently, SMB1 was used in the Petya outbreak which impacted systems worldwide.

While this protocol is disabled in newer versions of Windows, enterprises are enabling it so that legacy applications can work.  Please work with these vendors to move onto a new version of SMB to minimize the risk to your organization. Ned Pyle with Microsoft maintains a list (link below) of companies that still require SMB1 for their applications.  Highly suggest reviewing this list to see if these applications are in use in your organization.

Get Started on the right foot…with Windows 10 Security Baselines

Beginning with Windows 10, Microsoft began delivering Security Baselines for each build they deliver twice a year.  These baselines are a set recommended security policies that should be considered/implemented as enterprises deploy Windows 10.

Smartscreen is yet another free tool within Windows 10 that helps protect the endpoint by:

SmartScreen determines whether a site is potentially malicious by:

SmartScreen determines whether a downloaded app or app installer is potentially malicious by:

Most ransomware attacks “known folders” on Windows User and Server endpoints where sensitive files are stored.  Controlled Folder Access policy will block malicious files from tampering with these known folders and in the case of ransomware prevent the files from being encrypted.

Given today’s threat landscape enterprises should be leveraging an anti-virus(AV) solution on the endpoint the leverages the cloud for faster analysis versus waiting on traditional definitions to be delivered.

In addition, as AV solutions become more of a commodity for today’s IT operations companies should consider utilizing Windows Defender solution that comes with Windows 10.  Their solution continues to achieve perfect scores in the industry accepted AV testing scores.

BitLocker Drive Encryption is a data protection feature that integrates with the operating system and addresses the threats of data theft or exposure from lost, stolen, or inappropriately decommissioned computers.  This native Windows solution does not require an additional agent and makes OS upgrades for the enterprise a whole less complex than using a 3rd party tool.

Per NIST guidance, and in an ideal world, enterprises would patch vulnerable systems when the updates are released.  However, with most organizations, this poses a challenge as they need to test the impact that the updates will have on their environment.  This issue is that a lot of companies either do not have a formal patching process or pick and choose patches (example below) neither of which are good for the overall security posture.

A quick example of a Windows patching for enterprises to consider:

Too Much to Sift Through

Most large organizations have adopted a SIEM to collect event logs but the reality this results in their SOC analysts in drinking from a:

and then trying to find a “Needle” in a: 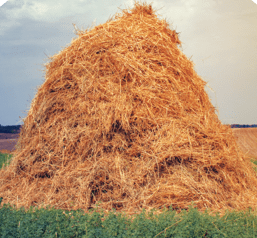 Customers should consider keeping it simple by leveraging “Weffles” (https://aka.ms/weffles) or streamlining the event logs from Windows endpoints to the following: 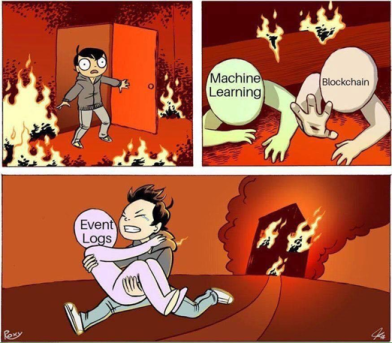 As mentioned above event logging can become overwhelming if you are trying to look at all the logs.  It can also be frustrating if the Windows Event Log isn’t providing the details to troubleshoot threats on the endpoint.  This where Sysmon can come into play.  If you are not familiar with Sysmon it is a tool that was created by Microsoft’s Mark Russinovich to help monitor endpoints for process creations, network connections, and changes to file creation time.

As you can probably imagine a tool like this can generate quite a bit of noise on the endpoint.  To address this challenge, SwiftOnSecurity, create a Sysmon configuration file to assist organizations with adopting Sysmon.

To get started with Sysmon it can be downloaded here and SwiftOnSecurity config here.

Aaron Margosis at Microsoft recently created a solution called “Aaron Locker” that makes it easier for enterprises to implement and maintain AppLocker.  Details on this solution can be found in the following links.

This Will be Living Guide

My hope is to keep this a living guide that will get updates as new recommended best practices or technologies come out about for Windows endpoints.  If there are other items that you feel need to be included or have general comments please let me know.

In addition, there will be a Part 2 to this post called “Up Your Game” so stay tuned for that coming out in the near future.

Updated on 8/16/2019 to include Windows Defender Controlled Folders and Sysmon.